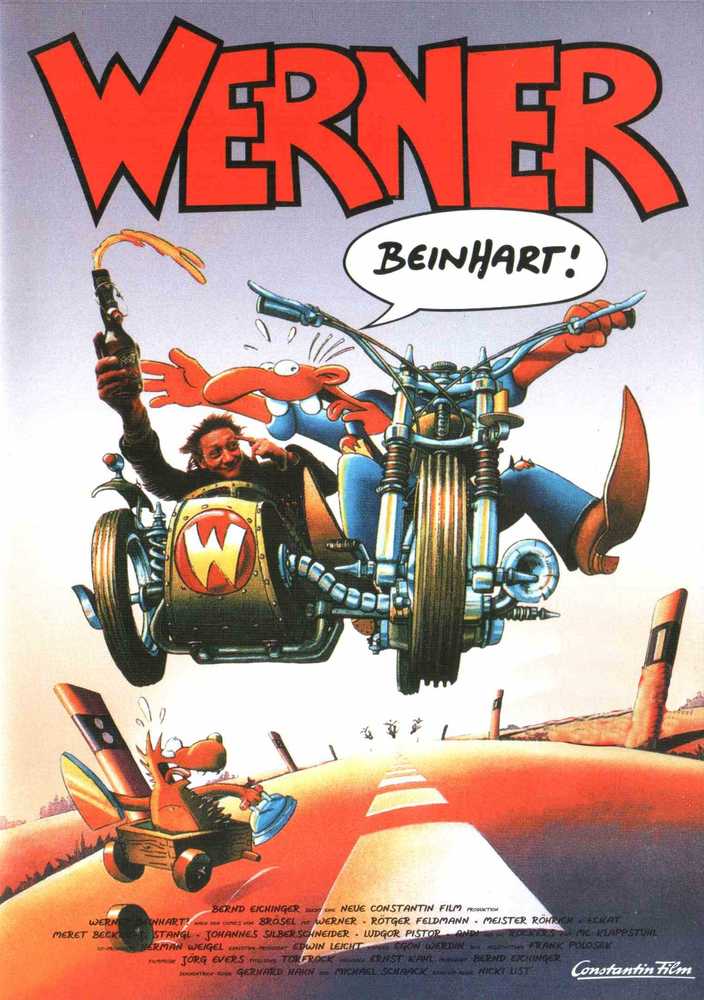 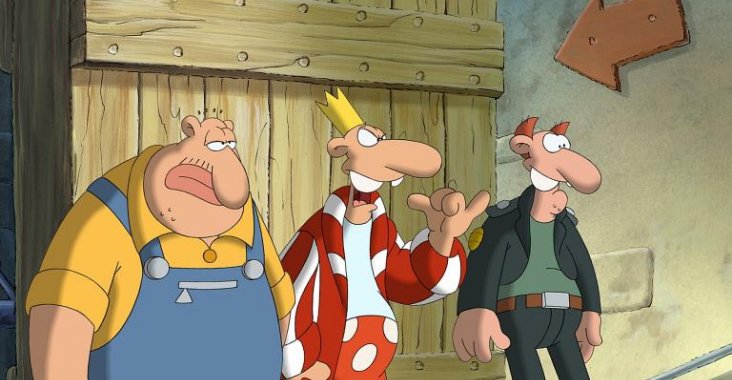 While this can be perfectly implemented in the movie and look great, this doesn't apply to Werner 4. All the rendered stuff i. This takes away some joy of the animation for me.

Although based on one of the best comic books in the entire series, it simply lacks the anarchistic style of any of the books, and that is not even mentioning that it has the same cineastic flaws that part three provided with.

The storyline is not as catching as in part two, the directing doesn't create the kind of suspension or amusement that some scenes are simply cut out for, and the jokes some new, many gathered from other comic books appear watered down.

Read the books or enjoy the second film, this one only barely manages to rise above the third one. One of the properly most eagerly awaited parts of the film, the second period of the infamous football game or soccer for our American fiends , which starts the film off, doesn't match the sheer hilarity of the first period and is mostly just a combination of fecal jokes.

As usual, Meister Röhrich makes his apearence as the most incompetent plumber in sanitation history, but you notice it for what it is - without Werner and Eckart around, his appearances thrown in every now and then, he is just filler for a script too short for an entire film.

The animation, heavy on computer animated elements, doesn't meet the high standard set by the otherwise simply bad third film and gives the animation a most inconsistent look.

While the second film was sheer brilliance, the first film was too hilarious and anarchistic do deserve worse than part two, Gekotzt wird Spaeter only barely manages to beat Fäkalstau in Knöllerup.

I hope, and I pray, that there will be another film, ideally with a story as great as in Volles Rohr, equally good directing and animation - but considering that only one week after it's start, multiplex cinemas moved Gekotzt wird spaeter into the smallest theaters in the house, with the evening shows starting at kid friendly times before 8pm, that is doubtful.

The final chance for Werner's greatness on the screen, what could have been the finest moment for the series, has been wasted. Just like parts 2 and 3 it is entirely animation again.

I have to say I enjoyed this film, just like the previous installments, except the first, which is better than all the sequels, but the humor is vulgar nudity, feces, vomit and hit or miss from start to finish, so you will probably end up loving or hating this film.

It may be not too easy to see artistic creativity and talent in there, but I did, especially in the dialogs. Not much in-between love and hate though.

It runs for less than 80 minutes, also about the same like the films 2 and 3. Its directors Werner Schaack and Toby Genkel worked on the previous Werner films as well and is written again by the Feldmann brothers Rötger and Andi.

On a side-note, Genkel directed the Dieter Bohlen film 3 years later. Here he still makes fun of him in one scene. The beginning features Charles Trenet's song "La Mer" and is equally harmonic as the the third movie.

The gang plans to stay away from work for a while and goes on a trip to Corsica instead. You could say that it stole a bit from the very first film as we get another 9-minute football opening sequence, which is fairly funny though again.

Hansen, one of my favorites from Werner movie one is included shortly again as well. Werner becomes king of the gang and the other two becomes his servants but the crown shifts quickly.

Eckat's morning routine was one of my favorite moments. The guys steal a car and, of course, crash it quickly.

Meanwhile, Meister Röhrich, still my favorite character from the franchise, is left alone at work, but quickly recruits a new trainee, who has nothing to do with plumbing and is as blind as they come, but still is not as clueless as Röhrich.

Sp another apartment ends up completely destroyed just like everything that Röhrich touches. Another funny part is how Eckat keeps becoming "unnormal" again and beer works to make him "normal" again and give up his attempts on returning home to work.

This film, which has even more beer references than the previous installments and a closing credits song who is one of the finest from the whole series, is also interesting to watch for all the different people from German regions: Bavarians, Hessians, Northern Germans.

My rating for it is 6, just like the number on all these dices. I recommend watching it, but you may go for the very first film instead as well to get to know the characters.

The comics merge the very original experiences of "Brösel's" own youth with bikes "Schüsseln" , beer "Bölkstoff" and the sufferings and joys as a plumber-apprentice in a northern-German handicraft business with the constant use of an explicit, wonderfully direct and idiomatic language into comic experiences which best reflect crucial aspects of the northern-German "way of life".

I was in elementary school then and not a single classmate had missed this one The first movie had a strong "comic appeal", a sense for the typical humour that had already made the comic-books that successful.

Everything except the non-animated sequences thrown in between was fine and in the right place: The animation was full of lovely details including images of the landscape , the contents were imaginative, the voices including fine variations of typical northern-German idioms were a helluva fun to listen to catching the edgy aspects of the characters , the soundtrack was rocking.

Then, in and , the follow-up-movies nos 2 and 3 came out, and they sucked.